As a pastor in today’s society I am often asked the question “when does a boy become a man?” That is a question that has many different answers depending on the culture you have matriculated through as a child. I have asked men from different countries the same question and they all give different answers. Some associate becoming a man with age and others with significant events that surround the young boy’s life.

When you ask men today when they became a man, they typically say it was when they became a father or lost a father. For me personally, I just know that one day I realized that I was responsible for a young life that I had helped bring into this world and that their well being depended on me and how I responded to them.

Fatherhood binds you and another person together for the rest of your lives. It seems we understand this in a physical sense i.e. physical appearance, same blood type, DNA, and financial support. However, it seems that we overlook the effect that fatherhood has on the spiritual, social and emotional health of the child. These too are absolutely critical yet the world that we live in seems to de-emphasis or diminishes them. Having children has always been a major life marker. Fatherhood is truly a binding connection among men, and it is too important to allow society to lessen its significance.

On the day of my father’s death, as I drove to pick up my own son who was going to help me with the arrangements, I had no idea what I was going to say or do. My own son was now grown, married and in the Army and we had a sixteen-hour drive in front of us. I was contemplating what to say to my son. My father’s importance in my life was never more vivid than it is now. His father died when he was only 17. The oldest of 10 siblings, he grew up in poverty on a farm in Arkansas, but managed to educate himself through 21 years of military service. He went on to become a business owner, high school teacher, Sunday School Teacher and Church Clerk.

My father always supported me as best he knew how. He never had the opportunity for his father to acknowledge or praise him for any of his accomplishments. So as the two of us rode into the darkness of night, I could see my own son was just as uncomfortable as I was speaking about my now deceased father. I told my son that his grandfather was a great man and always supported me, until his mind was taken away through dementia. My son never said anything but I am sure he thought about all the times he and his grandfather ran out for ice cream.

I told him that our legacy as fathers was to not only take care of our families, but also to honor God with our lives, and not be afraid to show love to our sons. I said to him no matter where life took him or whatever might occur in the future, I would always be his father and I would always love him and be there for him through the good and the bad times.

President Obama understands the craving for the bond of fatherhood. From his very own book it was very evident his father was absent. The President currently eats dinner with his family almost every night; no doubt he enjoys his time with his girls. His actions represent the ideal of a new masculinity. He has helped to make fatherhood important again. At one time the president was only seen as the father of the nation. But now the President is also simply known as “Dad” to his own children.

Fatherlessness is still a real crisis even as fatherhood makes great strides in significance. Fatherlessness as a condition has been linked with virtually every social ill you can name. Young men who grow up without fathers are twice as likely to end up in jail. Statistics show that 63 percent of youths who commit suicide and 71 percent of high school dropouts come from fatherless homes.

So my brothers it is up to us to model the way. It is up to us to demonstrate to the world that fatherhood is one of the highest, greatest and most important callings that a man can answer. Fathers are real men who love and support their children. When I was a child, I spoke as a child but when I became a man, I put away childless things. Let’s become the men, brothers and fathers that God purposed us to be. 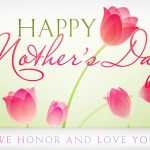 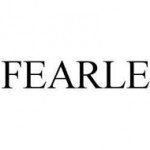